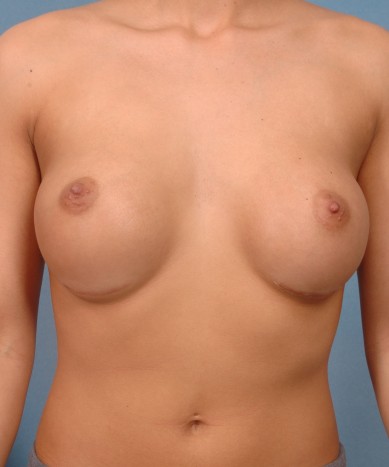 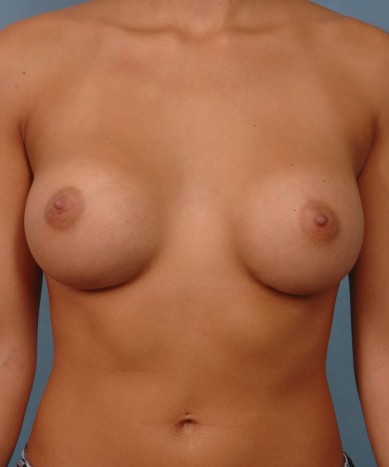 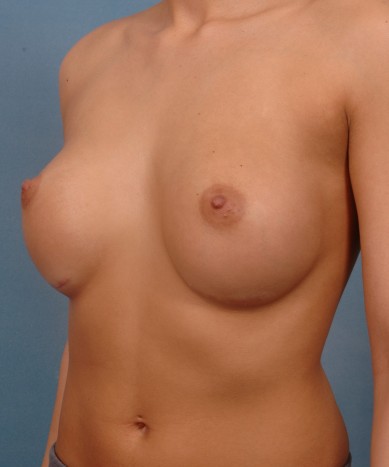 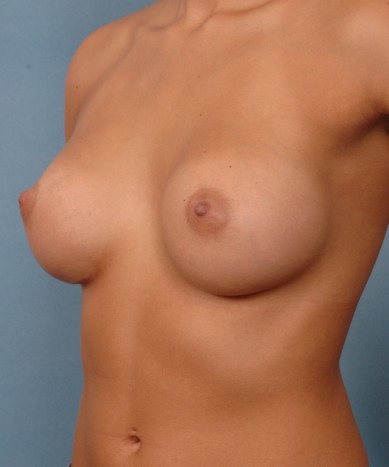 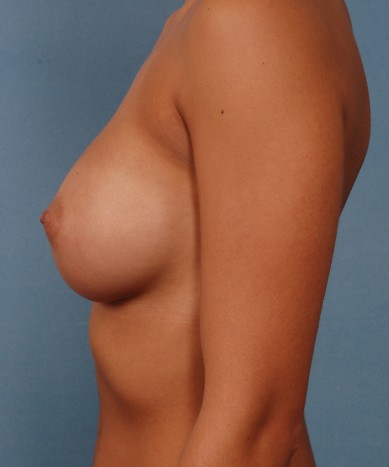 Patient Information: 24 year old female underwent inframammary (below the breast) placement of 286cc round silicone gel filled implants under the muscle. Initially, the implant placement was perfect. Only four months later, she developed lower pole stretch with inferior displacement of the lower breast creases. As the crease dropped, the scar which was initially in her crease, was now above the crease.