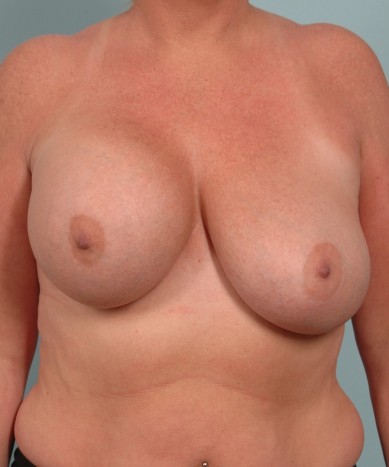 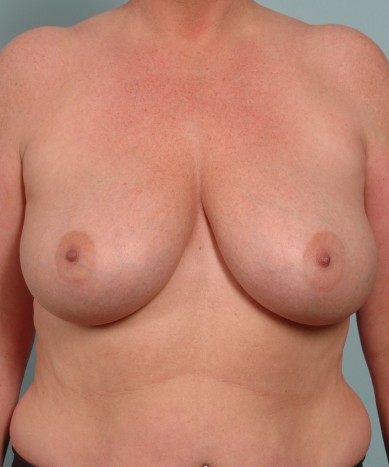 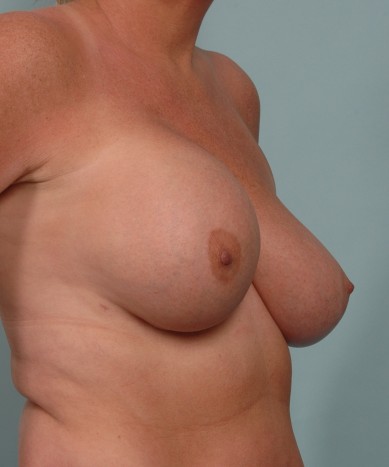 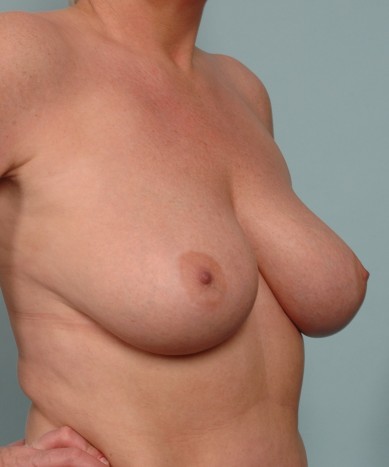 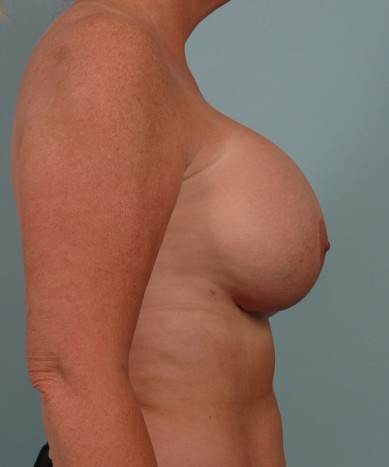 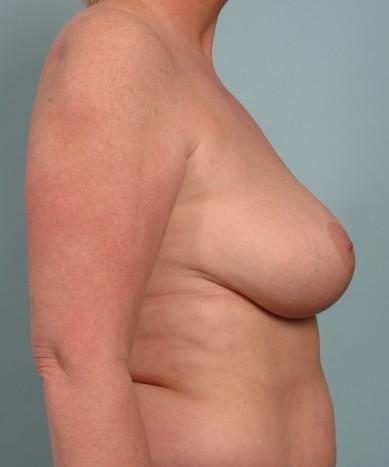 Patient Information: 46 year old who was seven months after bilateral breast augmentation with round, smooth silicone gel implants when she began taking the herb Ginseng to give herself “energy”. The problem is that this herb also thins the blood and she spontaneously bled into the right breast. She did not seek attention until day 5 after she began to bleed. She presented with not only a hematoma, but also a significant capsule contracture. The hematoma was evacuated to prevent infection, but due to the anticoagulant effect of the Ginseng, the capsule could not be removed until the Ginseng effect wore off and her blood clotted normally. She was taken back to the operating room two weeks later for the capsulectomy. She is shown after that procedure.