The steps in performing a standard abdominoplasty

The blue ellipse indicates the proposed amount of skin to be removed. The lower solid blue line is where the initial incision is made. The dotted blue line is the proposed upper portion of the skin excision (removal). This can vary upwards or downwards depending upon how much skin excess exists. The blue circle around the navel (umbilicus) represents the incision around the umbilicus. the umbilicus remains attached to the underlying abdominal muscles and is not lifted upwards with the remaining abdominal skin. This leaves a circular hole in the skin flap (see Step 5). The yellow area shows the extent to which the abdominal skin is elevated off the abdominal wall.

The abdominal wall musculature is tightened using a special running suture. The muscles are brought together in the midline.

The completed repair of the abdominal musculature is shown. 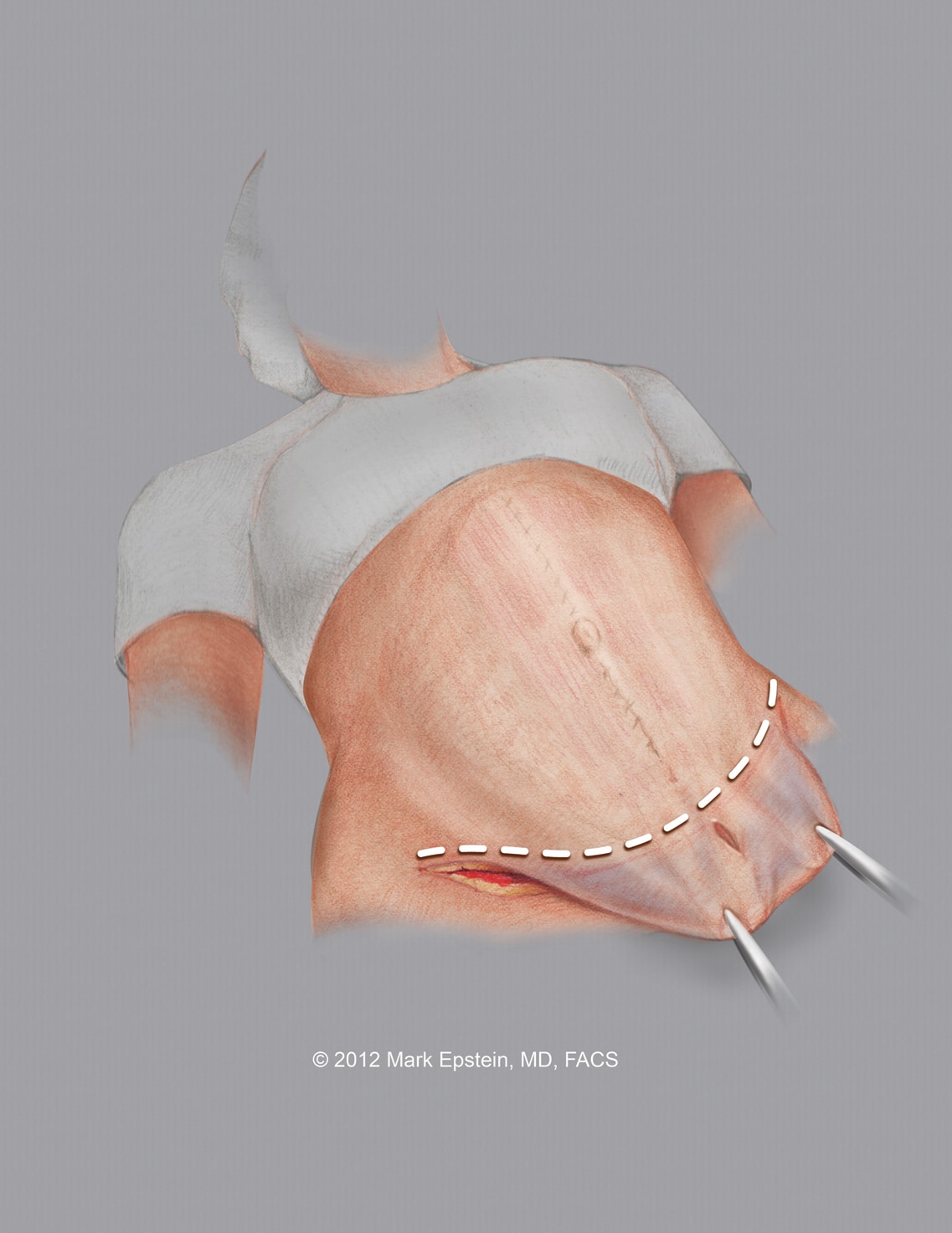 The final result is shown. The excess skin has been removed, a new hole was created on the abdominal skin flap and the umbilicus (which remained attached to the abdominal muscles below) is now brought out through that hole and sutured to that hole. Note the scar across the waist crease of the abdomen and around the umbilicus.

COMBINE TUMMY TUCK + LIPOSUCTION
Combine these two procedures to get the best results with contouring your entire trunk. Learn about 4D-VASER LIPO-ABDOMINOPLASTY (VASER liposuction simultaneously coupled with an abdominoplasty).

Read our reviews on Google here.

Read our reviews on RealSelf here.

Read our reviews on RateMDs here.

Read our reviews on Vitals here.

Latest
From Our Blog

Mommy Makeover is a bit of a misnomer. The phrase was coined to describe a combination of procedures to restore a woman’s body to her pre-pregnancy state. As such, it typically involved some form of breast surgery and an abdominoplasty. However, my feeling is why discriminate? In my practice, there is no standard Mommy Makeover. ...read more
READY TO GET STARTED?